In 2009 a small group of newly-converted Christians began meeting together in Columbia, Missouri each week to study the Bible.  The group had no local leadership but various speakers traveled from outside Columbia to provide teaching on a rotating basis.

As the Bible Study grew, some members of the group became convinced that God was beginning to form a new church in Columbia. They also began gathering for worship on Sunday mornings.  Though the group did not yet have a pastor, various preachers sometimes provided teaching in the Sunday morning meetings.

In December 2011, Nathan Rages, who had been helping teach at the Bible Study, also began traveling to Columbia from St. Louis each Sunday to lead worship services.  Nathan and his family then moved to Columbia in March 2012 to be a part of the new church.  In June 2012, Nathan was formally ordained as an elder (pastor) in the church.

In May 2012 the church adopted the name Redeeming Grace Church.  The name points to the redemption accomplished in the substitutionary death of Jesus Christ and the amazing grace of God displayed in the salvation of sinners.

Although we have much in common with other Bible-believing churches, these characteristics make Redeeming Grace Church different than most area congregations:
Please see also our basic beliefs.


We believe that every Christian should be committed to a particular local church.  That commitment includes these Biblical responsibilities: 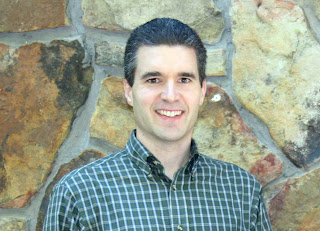 Nathan Rages grew up about sixty miles southwest of Columbia on a farm near Sedalia, Missouri.  He was blessed to be raised in a Christian home and was saved by God's marvelous grace at age ten.

Nathan attended Truman State University in Kirksville, Missouri and graduated in 1995 with an Accounting degree. After college, Nathan began a sixteen year career working for a mid-sized CPA firm in St. Louis.  Believing he was being called by God into full-time Christian ministry, Nathan retired from his financial services career at the end of 2011.

Nathan has been preaching and teaching the Bible at least occasionally since his college years.  For about ten years he was part of a start-up church in St. Louis City where he spoke regularly. Most recently he served as a deacon and Sunday School teacher at a Southern Baptist church in St. Charles, Missouri.  Nathan also has some experience in pulpit supply and conference speaking.

Nathan has been married to his wife Lorri since 1995.  They have two children: Julia (21) and Hudson (18).  Nathan enjoys reading, fitness, traveling (especially westward) and home improvement projects.
Deacons 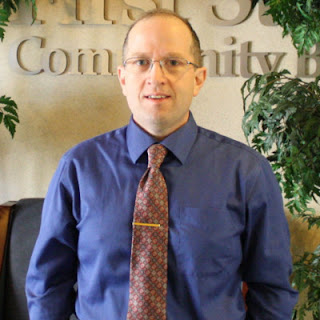 Richard Hamilton grew up living in various areas of Missouri, Texas and Wyoming.  He was raised in a Christian home and homeschooled. He was saved by God's grace around age 18. Richard worked for many years in manufacturing, including two years in the country of Mexico. Richard, then in his thirties, attended State Fair Community College in Sedalia, Missouri and graduated in 2012 with an occupational therapy assistant degree. After college, Richard began working for a rehabilitation facility in Columbia, MO, and continues there till the present.

He has always desired to be used in ministry, helping in any way possible. This, together with his natural love for people, led to his ordination as a deacon in 2020.

Richard has been married to his wife Frances since 2002.  They have four children: Ian (16) Ruby (6) Sara (4) and Thomas (3).  Richard enjoys gardening, helping others, DIY projects, and spending time with his family. 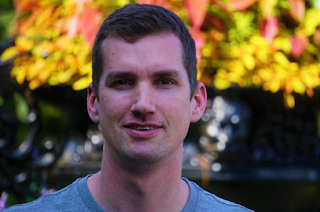 Zach Perkins was ordained as a deacon at Redeeming Grace Church in early 2019.
He and his wife Rachel have been married since 2007 and they have five children. Before moving to Columbia, Missouri in 2014, he and his family lived in Collinsville Illinois, a small town near St. Louis. Growing up with his dad in the Air Force, he lived in many parts of the country, including New Mexico, California, Virginia and many years with his mom and step-dad in Colorado.
The Lord graciously saved Zach at the age of 12 and he was blessed to attend a Christian school through most of middle and high school, which provided a good foundation in theology. It was there that he was introduced to and came to love the doctrines of grace. Through the example and ministries of his former and his current pastor, he has matured in his love for Christ and for the local church.
Zach also enjoys watching documentaries with his wife, playing with his children, woodworking, fixing cars, and dabbling in computer coding.